Apology to a stolen generation 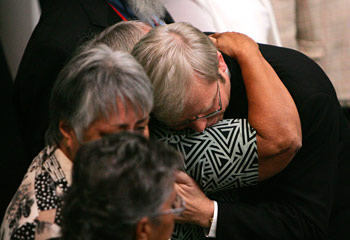 On the February 13, 2008 Prime Minister Kevin Rudd on behalf of the people of Australia officially said sorry to a stolen generation of Aboriginals.

The Apology is a 30 minute film (developed by Reconciliation Australia and Indigenous Film Services) capturing the power annd emotion of the events leading up to, and including, the Federal Government’s Apology to the Stolen Generation on the 13th February, 2008.

It is a very moving and memorable film and is available free of charge through the Reconciliation Australia website www.reconciliation.org.au

Corner of Arthur and Duff Streets